Since Kappa Delta’s founding as the First Sorority at the University of Alabama Zeta Chapter has nurtured and sustained women during some of the most formative years of their lives, cultivating lasting friendships in the process. The chapter house located at 819 Magnolia Drive on historic First Circle has clearly been the focus of undergraduate life for Kappa Delta.

However, for Kappa Delta to continue its strong presence on the University of Alabama campus, they needed to ensure that they were providing a safe, modern, and competitive facility.

The new Kappa Delta house will remain on its historic footprint on First Circle and is a two-story brick sorority house, approximately 40,000 sq. ft., with a partial basement and an occupied attic. The completed house includes sleeping accommodations for 66, a new chapter room, a new dining facility to seat 200, a new kitchen and serving area, new study areas, lounge/meeting spaces, a new entrance/foyer, and a new landscaped courtyard.

Barganier Davis Sims Architects Associated in Montgomery, Alabama were retained by the house corporation to assist the building committee in designing the new KD house in the same Georgian Revival style as the existing. In fact, the First Circle façade is a reproportioned, larger-scale version of the existing.

The overall design was also influenced by the beautiful Georgian mansions of the late 19th and early 20th centuries. Of particular influence was Westbury House in New York, a 1906 Charles II mansion. The interior detailing is simplified Georgian style with ionic pilasters and a graceful curving stair. The new KD house is designed to provide its members and alumnae an elegant, inviting, functional, and safe home away from home. 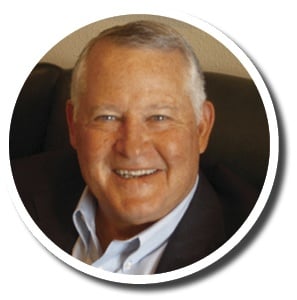 “Pennington really knows what they are doing when it comes to Greek fundraising! Their methodology is sound and tested. They are professional in every way. The reaction of our alumni base was beyond expectation. The relationship with Pennington was marvelous and our success was well beyond our expectations.”
Bob Seidell, Campaign Chairman, Sigma Chi, University of Nebraska-Lincoln

The Recognized Leader in Fraternity and Sorority Fundraising